Mr. Grigory Mashkov is Ambassador at Large for the Ministry of Foreign Affairs of the Russian Federation. Mr. Mashkov graduated from the Moscow State Institute of International Relations (graduated in 1982) and speaks Russian, Spanish and English. Before becoming Ambassador at Large, Mr. Mashkov was the Deputy Director for the Department for Non-proliferation and Arms Control. Mr. Mashkov was honoured the State award for major input in the field of military-technical cooperation between the Russian Federation and foreign states and for work on national export control system (2008). He is married and has two children. 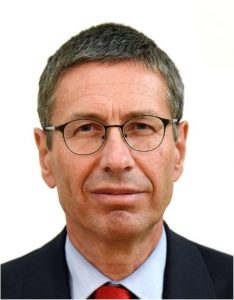 After his graduation as doctor of law, Thomas Hajnoczi joined the Austrian foreign service.

At the ministry in Vienna he has served i.a. as Director for Security Policy and Head of Department for Disarmament, Arms Control and Non-Proliferation. To the latter position he returned in 2017 with the rank of Ambassador.

Ambassador Benno Laggner is the Resident Representative of Switzerland to the IAEA, Governor on the IAEA Board of Governors and Permanent Representative to the CTBTO Preparatory Commission in Vienna. He has served as the Chair of the Hague Code of Conduct against Ballistic Missile Proliferation and Chair of the Nuclear Suppliers Group. Before being posted to Vienna, he served as the Head of the Division for Security Policy at the Swiss Federal Department of Foreign Affairs with responsibility for arms control, disarmament, non-proliferation and international security. He holds a Master’s Degree in International Relations (University of St.Gallen) and is married to Mrs. Andrea Laggner.